Home » About Us » Board of Advisors 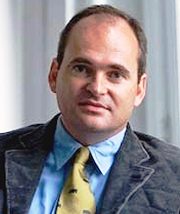 Chief Executive Officer at the DoSeum

Menelly is an experienced science educator and non-profit management expert with a solid background in STEM education in both formal and informal learning environments. He comes to The DoSeum from the Rochester Museum & Science Center (RMSC), where he served as President and Chief Science Officer. The RMSC, located in Rochester, New York, engages 365,000 stakeholders in STEM experiences, exhibitions and programs annually.

A former science teacher for 20 years in public, independent and international schools in the U.S. and in France, Mr. Menelly served as an Albert Einstein Distinguished Fellow at the National Science Foundation in 2010, where he specialized in technology and learning at the Federal policy level. He is co-creator, producer and host of the free STEM iPad application Videoscience (500,000 downloads internationally) and co-developer/adviser to microglobalscope.org, an early experiment in blended learning deployed in over 20 countries. Menelly also serves as consultant and advisor for STEM-related media content developed for The Sundance Channel, A&E, Nickelodeon Television,Saatchi & Saatchi, Maysles Films and others. He lives in New York City and in Rochester, New York. 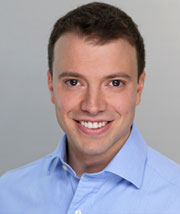 Kreigh Knerr is a former teacher who now directs Knerr Learning Center in Milwaukee, WI. He founded QuotEd Apps in 2012 to share his reading comprehension research nationwide and help high school teachers improve standardized test performance. After QuotEd Reading Comprehension’s success, Kreigh launched another app and is presently contributing to the development of two more. Kreigh consults nationwide on standardized testing, and his thoughts on education can be found everywhere from NPR to EdTech Digest. 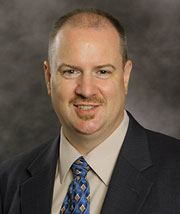 Kelly Walsh is CIO at The College of Westchester in White Plains, NY, where he also a member of Faculty of Administration. In 2009, Walsh founded the popular website EmergingEdTech.com, where he writes regularly about engaging students and enhancing learning outcomes through the use of emerging Internet and instructional technologies. Walsh regularly speaks and conducts workshops about a variety of education technology topics at schools and conferences across the U.S. His book, the Flipped Classroom Workshop-in-a-Book guides teachers through the development of their own flipped instruction implementation plan. Walsh has been recognized by the Huffington Post as a “Top Social CIO” and “Top CIO on Twitter”. 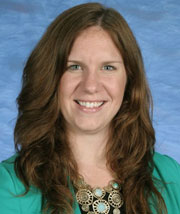 Tressie Norton currently serves as Dean of Humanities of the L&N STEM Academy in Knoxville, TN. The L&N Academy is Knoxville’s first standalone magnet school and Tennessee’s first Apple School of Distinction. As a 1:1 iPad school, Ms. Norton is responsible for aiding teachers in integrating instructional technology in transdisciplinary instruction. 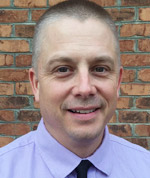 David Mahaley has been in education for over 25 years as a teacher, technology consultant, and administrator. He currently is the head of the high school program at the Franklin Academy in Wake Forest, North Carolina. He has his Masters in Educational Technology Leadership from George Washington University and holds several National and State level certifications. He has led iPad and other technology initiatives for much of his time in education as well as authored “Teaching & Learning with the iPad: Instructors Quick Guide” and “Teaching & Learning with the iPad: 20 Days To Expert.” David has organized many workshops and trainings for educators looking to maximize the benefit of the iPad in the classroom including sessions at SITE, ISTE, EdMedia, FETC, NCTIES, and founded the Teaching & Learning with the iPad Conference Series.