Home » Blog » The Apps That Are The New Craze

The Apps That Are The New Craze 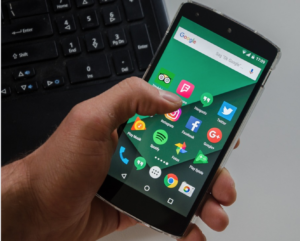 Looking back on 2017, it was an exciting year in the world of mobile apps. As smartphone and tablet technology continues to advance with each device generation –- through faster processors, bigger storage options and better graphics abilities as well as improving wireless coverage and data speeds –- app creators and innovators are keeping apace by pushing the boundaries of what an app can do.

Whether an app falls into the leisure, education, utility, lifestyle or health and wellness categories, mobile apps have been enriching people’s lives all around the world in innumerable ways, with independent developers, startups and the established tech giants ceaselessly seeking out new and innovative ways to add to this landscape.

Looking ahead, more and more software innovations will be driven by advancements in AI and people’s demands for better technology and software integration into their lives. With the explosive growth of home speaker assistants growing hand-in-hand with better and more effective speech recognition technology, the future of technology and successful apps are looking to be defined increasingly by the benefits of seamless integration.

Devices are slowly conquering every corner of our lives. With smartwatches on our wrists, increasingly powerful smartphones in our pockets and with Google Home, Amazon Echo and the hotly anticipated Apple smart home solution in our in our domiciles, every single aspect of our lives will become more connected, easier and more convenient than ever before. This will serve to free one’s time up from more mundane tasks to more personally fulfilling and enriching activities.

With all of this in mind, read the following post on four of 2017’s hottest trends in mobile apps. Specific examples will be given of the applications that were hugely successful and that made the most impact this past year and that also hint at what’s to come in 2018.

Augmented and Virtual Reality Are Finally Coming Into Their Own

Augmented reality (AR) can almost provide a perfect visual metaphor for the drive towards more and more tech-enabled and app-facilitated integration into every aspect of modern life. AR enables users to view an everyday scene through their phone or another device which is overlaid with digital objects and effects. AR integrates humdrum reality with the near infinite potential of computer-generated effects and images. AR has untold potential. Just a few of the uses range from interactive games, enjoyable new ways to participate in the social media realm, and interactive shopping experiences.

For example, Swedish furniture giant Ikea recently released a very successful AR tool that allows users to view any furniture selection as it would actually appear in their living room as if the item had been purchased, delivered and installed in the perfect position.

Digital product developers have been pushing the limits of what AR can accomplish for a couple of years now – most prominently seen in the short-lived hysteria surrounding the Pokemon Go AR mobile game. With Apple’s ARKit and Google’s ARCore AR development kits, experts predict that this particular sphere will see huge increases in new apps and games that use this technology. With industry predictions of a $120 billion AR market in 2020, 2018 is looking like it will be a watershed year for the wide deployment and adoption of useful, powerful, innovative and fun AR and VR applications.

The death knell for boredom may be sounding in the distance, as games that are built for mobile platforms have now surpassed the market share of console and PC gaming, though not both combined. The mobile gaming industry is expected to generate $46 billion in revenue this year. While not beating console and PC when they are put together, the trend is showing that mobile gaming alone will own 50% of the entire video game market by 2020.

Experts predict that two factors — player-vs-player online competitive play and social media integration — will prove to be the deciding one-two punch that will likely elevate mobile gaming to unprecedented heights and will in the near to medium-term knock console and PC gaming out from their long-held position of dominance in the video game market.

Another interesting trend to note is in the exploding popularity of competitive quiz apps, with HQ being spotlighted here. Colin Kroll and Rus Yusupov, co-creators of the popular short-form video app Vine, have hit a nerve this year with their new creation, called HQ, which combines the best elements of two popular American quiz shows with the lightning-fast pace and scale of mobile gaming. Facilitated by live streaming technology, anyone can play along to answer trivia and potentially win cash prizes.

The democratization of information is in full swing, and the market for education and learning aid apps was as hot as it’s ever been in 2017. Whether it is apps to help teachers do their jobs more efficiently and effectively or to aid students themselves in their study efforts, educational apps are one particularly encouraging trend among the plethora of leisure, entertainment and distraction aids that people understandably love.

One downright revolutionary educational app made big waves this past year. Called Socratic, this tremendously useful app has blended some truly impressive AI technology with clever and intuitive functionality and plain beautiful design. Socratic allows users to take snapshots of documents — or homework — and feed it into the app to speedily receive curated info to help solve problems. Socratic can aid users in a wide array of subjects, including math, biology, English, chemistry and history.

Highlighted here will be the hugely trendy coloring book apps that have taken iTunes by storm as of late. App developers have been releasing many new and unique updates on the several-year-old coloring app trend by offering color-by-number versions that feature pixelated, retro-style designs. Intentionally or not, many of these interesting and interactive apps are finding an extremely appreciative and welcome audience among the grade school set.

It is increasingly becoming a technology landscape dominated by apps and what they can do to solve problems and create new ways to enhance productivity, personal health and wellness, and to overall enrich our lives in many ways, including in ways that haven’t even been conceived of yet.