How to Improve Your Marketing Efforts When Selling Your App

The app market right now is extremely competitive that standing out from the rest of the pack seems like an insurmountable hurdle. With millions of apps currently available in two of the leading app stores – namely, Google Play and Apple App Store – the app that you developed and released for widespread consumption stands a very small chance of getting noticed by your target user base. It doesn’t mean though that you should pack up and find another job that doesn’t involve developing apps. Perhaps you just need to improve your marketing efforts when selling your app.

Here’s how you can do that: 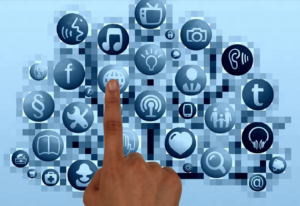 When you’re new to app development, you might mistakenly think that every app you create has to reach the most possible number of potential users for it to be successful. However, in today’s marketing, there’s such a thing as overreaching, which can set you back financially before you will even sell a single download of your app.

So instead of aiming to reach everyone, you’ll want to identify who your app’s users should be even before you start developing it. Build a profile of your app’s typical user by gathering all relevant demographic data and conducting audience segmentation.

Your app might be the best one to come out in years until it gets stuck at the bottom of both Google Play and Apple App Store search rankings. Keep in mind that the average user doesn’t bother scrolling all the way down just to download an app from their preferred app store.

Thus, you’ll want to take search engine optimization into account when building your app. The name of your app should be unique and catchy enough. Your app’s description should be succinct as well and must indicate the problem that it aims to solve.

Not just in the development stage, but you should also apply SEO in the design process of your app. Provide screenshots of your app’s key features so that its intended users would have an idea of what to expect before downloading and installing it. Come up with a single iconic logo that should easily tell what your app is all about.

Nowadays, a lot of people spend most of their time online on social media, so you’ll want to leverage on its power. Identify first which social media platform your app’s intended users are using the most. For example, if most of your app’s intended users are on Facebook, set up a Facebook business page and post ads that are sure to get viral seconds after putting them up. Capitalize on the latest social media trends, such as memes, for more effective advertising of your app.

You’ve spent countless hours tinkering with your app until you got most of your bases covered. However, all those long hours would amount to nothing if you put out your app in the market and very few users download it. It might not be your app itself that’s the problem, though, but how you’re selling it to people. See, being an app developer doesn’t mean that you should only be writing code for and designing your app, especially if you don’t have anyone to sell it for you. Hence, when selling your app, give importance to marketing. Improve your marketing efforts by applying the above-listed tips, and you will just be surprised to see your

2018-10-05
Todd Cherner
Previous: Website Design Company Essentials To Building A Great App
Next: Parking Software Solutions: What Is This Technology About?